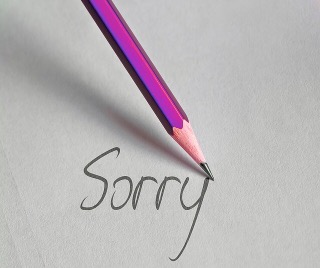 My goal upon beginning this blog was to post once a week. As I’m sure you’ve noticed, that hasn’t been happening. And for that I sincerely apologize.

You see, the only unique thing I could think to post when I started this adventure were short stories. After all, there are plenty of blogs about SAHMs and their lives, and most of them are pulling it off a lot better than me. But that leaves the dilemma of not getting paid for those stories. So, if I wanted to save some stories for submission, what would I fill in the extra weeks with? Most writers go the writing craft and book reviews route, which I totally get. It makes sense, write what you know and all.

I hate giving advice though, since I don’t have anything figured out any better than anyone else. So if I go the writing craft route, I won’t be doing it all that often. As for book reviews, I’ve never actually written one. I’ve read plenty and most of them seem to either gush fangirl style, spoil it way too much, or rip into it like bubble wrap. So if I start doing book reviews, I probably won’t do them very often either, to be sure I do it right.

All that still leaves a lot of space to get creative, though. So I thought I’d put it to you dear reader. What would you like to see more of on this blog? What do you want to know about me? What don’t you want to see here?

For now, I will be spending the month of April participating in Camp NaNoWriMo and using its magic to crank out a bunch of short stories and post ideas I’ve been neglecting lately. Unfortunately, that means I probably won’t be posting here much until May. However, when I return, I will hopefully have so much new writing to share, you won’t be able to keep up. And while I’m busy writing, you can share your thoughts in the comments. I want to make everyone’s time here worthwhile, so if you have suggestions, please let me know.

With that, I bid you adieu.

Until May … the force be with you … the odds be ever in your favor … and all that good stuff.